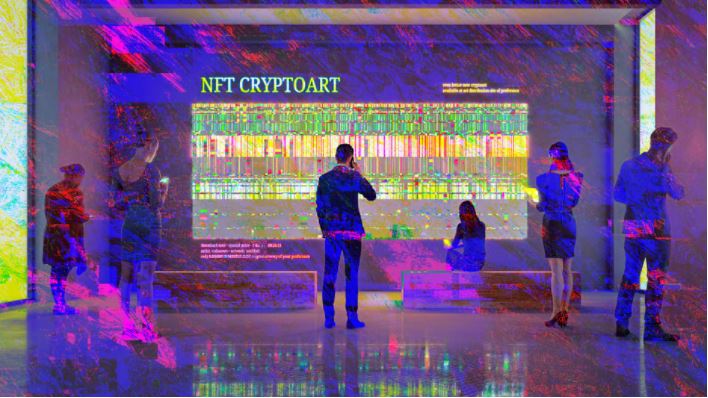 NFTs couldn’t have gotten much frothier last year, and recent data suggests the bubbly is still flowing—despite, perhaps, fizzling too.

That’s as a third of NFTs minted since January 2021 have become “dead collections, with little or no trade activity post-minting,” reports blockchain analytics firm Nansen, which surveyed roughly 8,400 collections comprised of more than 19 million NFTs on the Ethereum blockchain. Meanwhile, another third of NFTs are trading below the initial cost of minting the tokens (the price it’s first sold at, plus a so-called “gas” tax associated with NFT transactions.)

The last third are trading at a higher floor price than the cost of minting. Those would presumably be the NFTs making up the volume by which one in five minters realize a profit, according to a statistic from blockchain data firm Chainalysis. However, it’s likely those profits will grow more elusive as time marches on. Between January 2021 and February 2022, the number of minted collections rose from 39,802 to 1,970,886—which is a swell of 4,800%, reports Nansen. Despite buyers’ get-rich-quick stories and hustle culture, the NFT racket can’t possibly make millionaires out of all of them.

“NFT minting is increasingly competitive with more projects being introduced to the market,” says Nansen.

In some ways, that’s helped erode barriers to the space: For example, it’s pushed down the average cost of minting from a peak of 0.56 ETH, in May 2021, to between 0.07 ETH and 0.1 ETH. But it also means the space is far more crowded for minters looking to make a buck: The community of NFT minters has multiplied from 500 people, in January 2021, to 1.2 million at the end of last month. Most seem to be dabblers, with the vast majority spending less than 0.5 ETH (approximately $1,700) on mints. Meanwhile, the proportion of so-called whale minters spending over 100 ETH has lessened.

BELIEVE THE FATIGUE, NOT THE HYPE

The NFT bloat is perhaps fatiguing the hype. According to Google data, search interest in NFTs peaked at the new year before falling steeply. But despite that, according to Nansen, minting activity is stronger than ever with minters spending more on NFTs and gas fees this year than last year, led by a blockbuster Pixelmon project that rivaled hauls for Meebits and Mutant Ape Yacht Club launches in 2021. (Those investors ultimately lost millions when the collection flopped.) The overall rise in activity is likely driven by the explosion of unique minters, says Nansen.

But is all of this a good thing? Crucially, the payoff for a minter has trended downward over time: In January and April of last year, average profits hit highs of over 90 ETH per collection per month, and at one point reached 115 ETH. However, they have since dropped and remained mostly below 20 ETH.

And while events in Ukraine and Russia have cooled the market lately, even beyond the short-term ebb and flow, some in the industry have expressed concern over where it’s heading.

“Money is flowing too fast and too ignorant into the space,” Whaleshark, the pseudonym for somebody thought to be one of the largest NFT holders in the world, told Bloomberg. “In the current market, it’s a pump-and-dump cycle among PFPs [profile pictures] which is why this is leading to a decrease in the market,” said the investor, referencing a popular form of NFTs that often end up a flash in the pan as secondary market values plunge. “Not enough new money coming in to support PFP projects . . . [It’s] similar to a pyramid scheme.”

No comments to show.